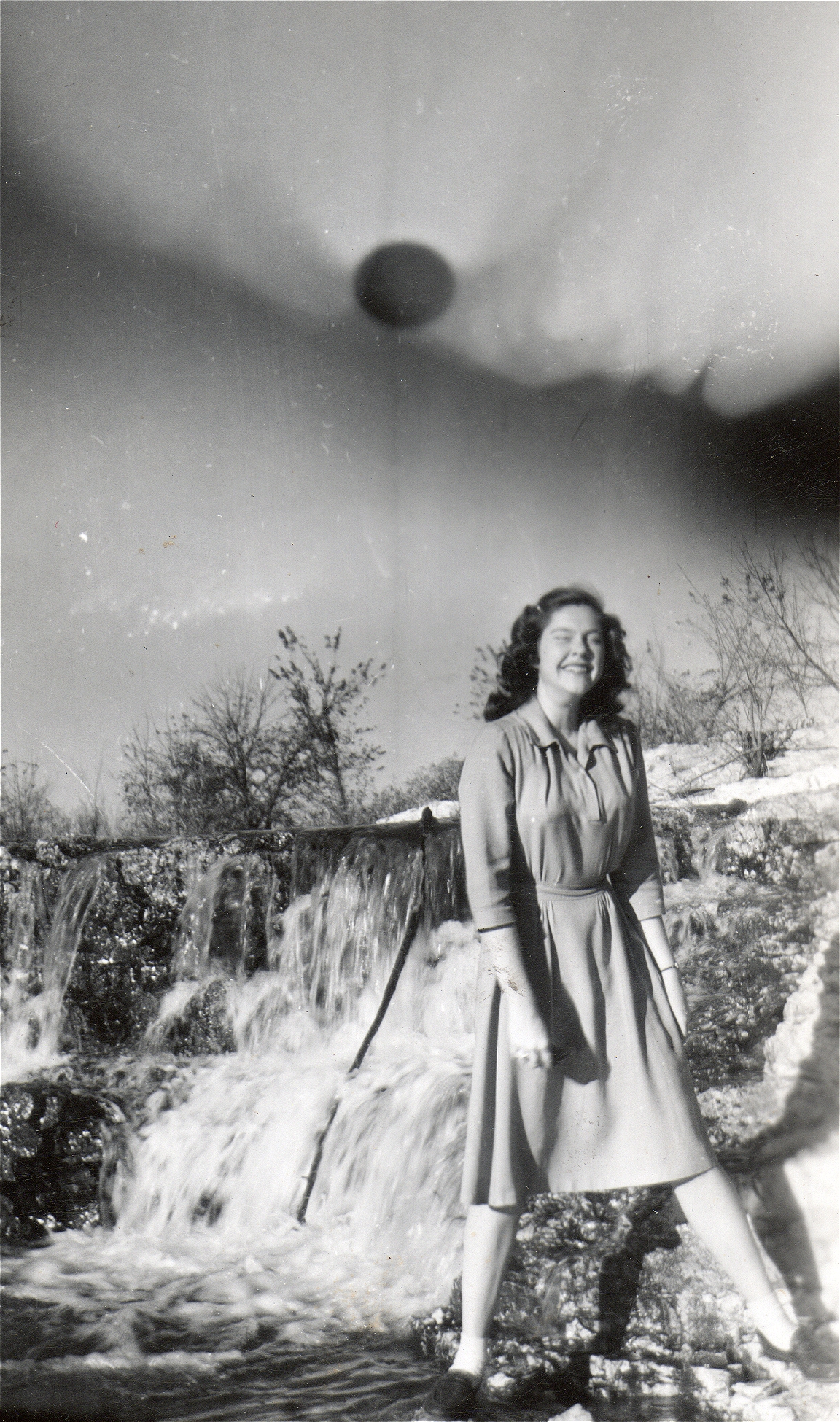 While hiking up in the mountains of Colorado I came across this girl standing next to a mountain stream. I thought it was a bit odd because, as you can see in the picture, there is snow on the ground. She didn’t have a jacket. Sure, it was a sunny day, but why would anyone be up in the mountains with a dress and loafers and no jacket or at least a sweater? I decided to take her picture and just as I snapped a UFO suddenly appeared out of nowhere. I could see it through the lense finder but when I looked up from the camera it was gone. The girl never saw it and thought I was joking with her, but it did rattle me.  That was the first time I had ever seen a UFO. Unfortunately, at the time, I could not show her this picture to prove it. I have often wondered who she was and what she had been doing up in the remote mountain trails. Maybe she was an alien… She seemed pretty human to me at the time so maybe not… But who knows?